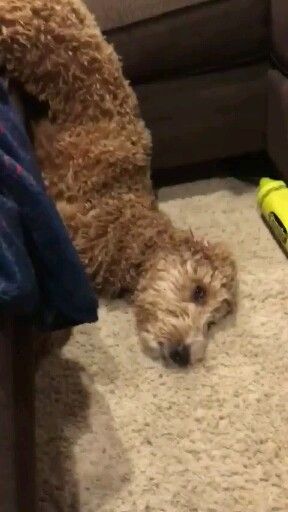 No doubt, cats are stated as domestic and purebred. When we say domestic, that is mean those cats don’t have a full-blooded linage history. When it comes to purebred, we can observe a rich linage history. However, three leading associations have recognized the purebred cats; these are:

Those cats which are not recognized by these associations are not seen as most commonly, and that is for a reason. Here are many other breeds which are famous, and have been there for many years. These cats have grown in fame just because of a famous movie which has featured the unique traits of the breed. Whatever it is, continue reading this article and get to know about the renowned cat breeds.

One of the popular cat breeds— Siamese is a breed most popular since the 19th century and typically found in Thailand. Siamese is also known as Siam. The best thing is Siamese has helped a lot in creating many other popular breeds. These popular breeds are:

The trait that makes Siamese different from others is they have points on their body, like on face, ears, tail, and feet. But many don’t have spots. You can find two varieties in Siamese:

Do you know many Siamese were typically originated from Thailand and they mostly have cured in their tail? You can even witness Siamese cat in the famous animated Disney film, “Lady and the Tramp.” In that movie, these cats were singing a song and had shown their unique trait of intelligence.

The next at our list is Persian cat. These cats are very popular and have been appeared in various commercials, movies, and plays. People love to have a Persian cat as a pet because of the beautiful punc-shape face, which makes them attractive. There are many other associated breeds of this kind, with different structuring and traits.  They contain a beautiful coat, and that sometimes can be prone to various diseases. These cats are also known as Persian longhair, the Shirazi cat, and Iranian cat, which were named after the City of Iran, Shiraz because these were imported from those countries.

These cats have got their name because of their submissive temperament. It will not be wrong if we say these cats are more like dogs in terms of nature and attitude. But they seem to go floppy when picked up, just like a rag dog. It was also believed that ragdoll doesn’t feel pain, but that was nothing more than a myth.

These beautiful cats look similar to long-haired Siamese cats with having pointed color patterns. Ragdoll cats also have unique color blue eyes and have a dog-like personality because they love to follow the owner around the home.

Here comes another popular breed— Maine Coon which is famous for its gigantic stature, and a beautiful thick coat. These cats are attractive and seem difficult to ignore. These gentle giants are popular for hunting and were recognized as a purebred after the CFA recognized them in the 1970s.

Another distinctive trait of their personality is they have extra toes. Naturally, they have bigger feet, but polydactylism makes them even bigger. The basic coloration you can have is brown tabby, but these giants come in various other colors.

These are typically originated from Ethiopia, and known as Abyssinian. Their distinctive agouti coat makes them different from others. Their skin contains the bands of pure light and dark color on the individual parts and makes them look attractive. Abyssinian comes in red color, but you can also have them in fawn, and blue color.

These wild-looking cats are known for their wild looks and good domestic temperament. Nevertheless, these are talkative cats and require a lot of exercising. The markings on Bengal make them look more attractive and one of their kinds. No doubt, they have a connection with wildlife. However, the Bengals approved pattern include spots and rosettes. The name of these cats has come from Asian leopard cat’s taxonomic name, Prionailurusbengalensisbengalensis.

Here comes another breed— Birman, beautiful eyes with a structured body. These cats look similar to Siamese and Ragdoll. Their blue color eyes and medium-size fur coat is identical to Persians, but Birman don’t go undercoat, and that makes them different from others.

Notably, Birman cats were used for the ragdoll breeding, but they have their traits and personality; Birman has different pointing patterns on the body.

Hey, if you want a cat without fur, then sphynx is what you need. These cats look different because they don’t have lots of fur on their skin. But no doubt these cats are very social and active.

Maybe you think of Oriental Shorthair is a cat similar to Siamese in look, but this breed is different. These may have green eyes and can also come in various color patterns; however, a unique long-hair variety also exists. The disadvantage of their lack of fur coat is they can easily prone to cancer.

The next at our list is Devon Rex. These cats have a wavy and short hair coat with thin, beautiful bodies. The best thing about this breed is it contains soft fur, but their ears very large as compared to other breeds. The Devon Rex is a quite playful and active breed as also known as a “monkey in a catsuit.”

Himalayan is a sub-breed of Persians and Siamese, and also considered as a sub-breed in some cat associations but the breed of their own. These cats come in color point patterns, and this pattern could be varied in color. The cross was made to achieve the color points of Persian.

Here comes an all-American breed, also known as American Shorthair. These cats are large and quite intelligent. They have a round face with pretty short ears. However, people often consider them as domestic or sometimes mixed-breed cats. But these are purebred, and their name got changed in 1996 from domestic shorthair cats just to differentiate them from others.